If you've been following my Facebook, Twitter or Google Buzz updates, you may have noticed I've asked for feedback from beta testers to check that a website I've been developing displays in all browsers. This has been a project I've done in my spare time, and I thought I'd blog about it, to increase both public awareness and Google ranking :)

The website is Cocoa Petition, a petition to the Australian Government to set a date by which importing of cocoa products that involve unacceptable forms of child labour in the production process must be ended. 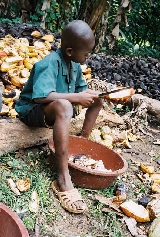 The use of child labour in cocoa production is a little known but massive problem. It is estimated that nearly 300 000 children work on the cocoa farms of the Ivory Coast in West Africa, working long hours in dangerous conditions such as spraying pesticides and wielding machetes with no protection, without the opportunity to go to school. In many cases, the children are working on their family farms, but there are also a significant proportion that are working as slaves. It is estimated that over 10 000 child slaves are trafficked into the Ivory Coast each year to work on the cocoa farms.

Evidence for this unacceptable child labour can be found on the Cocoa Petition website, but perhaps the most compelling evidence is that in 2001, an voluntary agreement called the Harkin-Engel Protocol was signed by many of the major chocolate producers, including Nestlé and Mars/M&M, acknowledging the existence of unacceptable child labour in cocoa production. Since then, little has been done by these companies about the problem. 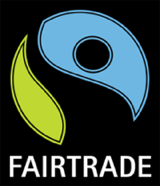 There is however at least one solution to the problem, that is the Fairtrade branding. Fairtrade products guarantee that the farmers and farm workers are paid fairly for their work, and ensures that no unacceptable child labour is used in the production process. In 2009, Cadbury announced that from Easter 2010, all Cadbury Dairy Milk chocolate sold in Australia and New Zealand will be Fairtrade. This is great progress, but as a first step to eradicating the use of unacceptable child labour in cocoa production, we need to make sure that no such cocoa is imported into Australia by any company.

Hence, this petition. Australian laws are clear that importing products that are produced by slaves is illegal, however, the Australian government has so far remained ignorant to the problem.

So, why would I donate my time and efforts to this cause? The reason is simple. As a Christian, I believe that one of the most important things to God is justice. In the book of Isaiah, which my Bible study group is looking at at the moment, God pleads with Israel to turn from doing wrong, so that he doesn't have to judge them, saying

Stop doing wrong,
learn to do right!
Seek justice,
encourage the oppressed.
Defend the cause of the fatherless,
plead the case of the widow.
Isaiah 1:17-18 (NIV)

African children working as slaves to produce chocolate so that Australian children can satisfy their sweet teeth is as far from just as I can think. So, this is a cause that I really believe I should be fighting for. If you feel the same way as I do over this injustice, then please, visit the Cocoa Petition site, and get involved.